We need an app, the chairman wants an app, what should our app do? Do you want an apple?

We hear this alot.

The process begins, painstaking research is undertaken, scoping sessions, wireframes are scribbled then digitised and designs are drawn up. Then, occasionally, the client ends up without an app. Why? (We hear you cry).

Lets get back to basics, why do apps exist?

Lets take a step back to the invention of iTunes. Steve Jobs had done an incredibly clever bit of future gazing by developing a micropayments platform to allow everyone to buy pieces of media for 99p. Â This awesomely complicated platform needed more to give an acceptable ROI, above selling music.

The platform model, whereby the intelligence of the masses produce the content (music) and Apple makes a marginal return on selling the product (songs) worked very well indeed. Apple then needed to create a similar environment for the production of pieces of software on its new wondertoy the iPhone.

In a typically market defining step, the guys at Apple opened up the ability to create applications. Â Historically handset manufacturers had protected their operating system environment and hired teams of developers themselves to create applications. This had lead to limited creativity of applications, albeit classics such as Snake, Snake II and Batumi. But a now a new era was born, one where massively increased amount of processing power, and a small touch screen meant the scope of applications had grown infinitely. Now anyone could make one.

The app gold rush had started with aplomb.

So appâ€™s exist because apple and inventors came together to create cool things for the iPhone. But why build an app rather than a mobile optimised site?

Back in 2007, when the iPhone was released, data connections could be sketchy, this is occasionally the case today. To reduce the amount of data needed to make each page run apps download a lot of the functionality and content when they are first downloaded and that data sits in the phone. This allows much and in some cases all of the app's functionality to be used offline. Hurrah.

Here is where apps really have an advantage over mobile web. Because they are programs running locally on the device rather than through a browser from a server far away it is possible to access the various features of the phone and use them in a meaningful way. Â Some of these commonly used features integrated into an appâ€™s functionality are:

GPS positioning (including compass and altimeter)

With these features you can create a meaningful and personal experience around the user's preferences, location and interests using the many inputs and outputs held within the device. Great.

For the reasons mentioned above, apps tend to work smoother than mobile websites. On a device with such a small screen that is used for such intimate communications it is imperative that things work fast and the user has a great experience.

Mobile web can provide this but it is far more easily delivered through a native application which give an all round absorbing aesthetically pleasing experience. Fab.

So Should We All Build Apps?

Anyone wanting to engage their client base in a meaningful way should offer their message via the medium of an app if there is a viable commercial argument to do so.Â Do remember though that herein lies the rub, it can be costly to deliver a good app.Â This is because there are not a huge amount of mobile developers on the planet, and you have to replicate your work to build for iOS and Android, you also have to create several different designs to work on many different handsets, which you then have to test on.

And then the user also has to download it.

But, if you are serious about your customers and the interaction they have with your product and/or service then apps are now an important, nay essential, tool for you. If you can get it right, your users will be spending hours with your brand...

We at putitout have delivered a huge number of apps that engage the user giving great experiences that offer awesome levels of brand engagement. 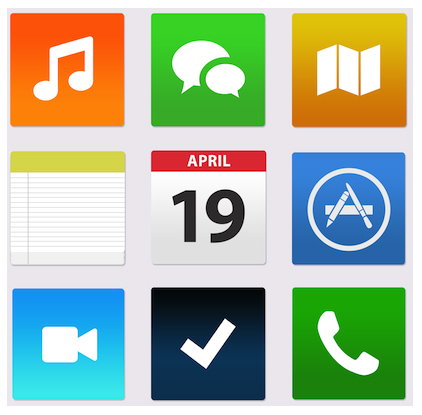 Subscribe to our newsletter
Thanks for subscribing.
You will hear from us soon!
Oops, something went wrong
Please, try again

RT @kidlrco: Save all the #love for your #kids in a place other than your heart. Download it https://t.co/qVI3hCiCKt #memories https://t.c…

Playing in the office